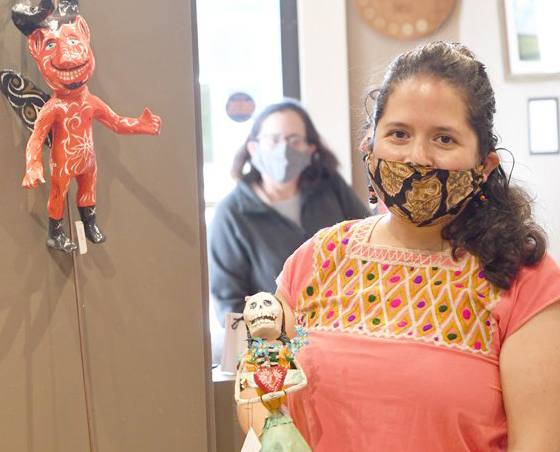 The grand opening of Marvan’s exhibit in Viroqua on Thursday, Oct. 1, drew Mexico’s representative at the Consulate in Milwaukee, Norma Sanchez Arellanes, to attend the event. Though it was a cold, pouring rain outside, Arellanes was greeted with bright splashes of color inside the gallery. There were piñatas hanging in the window, and examples of Marvan’s art form, ‘cartoneria’ or paper mache, hanging from every surface.

Perhaps the most striking aspect of the exhibit was the altar, dedicated to the missing or murdered women. An altar of the Day of the Dead is called an ‘ofreda.’ There are different regional styles for the construction of these altars. At the top of Marvan’s altar are sculptures of three women, symbolizing those who have been lost.

“I built this altar as an offering to the ones that have been lost,” Marvan said. “As a symbol of community.”

Marvan explained that in a Day of the Dead altar, the four elements are represented – air, fire, earth and water.

In the center of the altar is a loaf of traditional Day of the Dead bread, called Pan de Muerto. The bread is made with orange and anise.

Traditionally, the altar will also be filled with items that those who have passed loved in life, photographs, and other memorabilia. 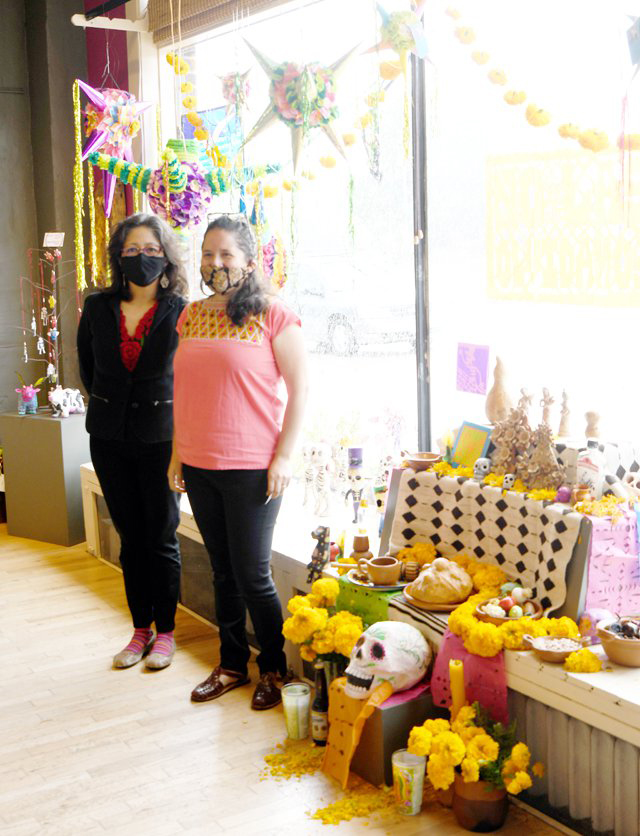 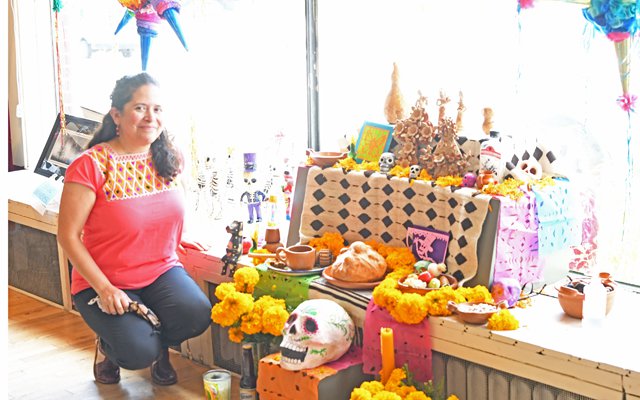 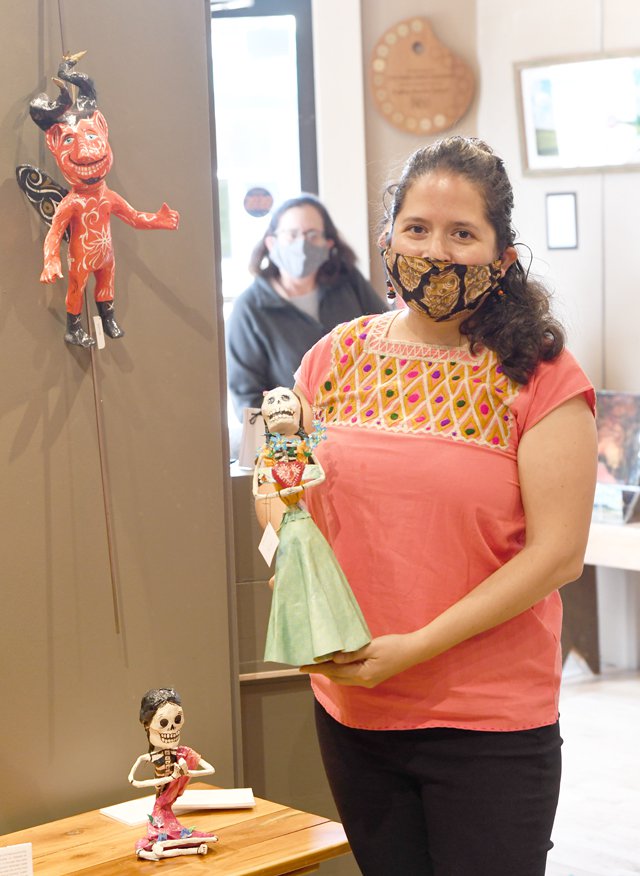 The collective of Mexican artists that Marvan has helped to form includes nine other artists or folk art businesses. These include:

Flor Molina:a Mexican potter whose art is inspired by the tradition of ‘sweet dreams paste’ pottery of Michoacan.

Alfonso Morales Vazquez: a cartonero (artist of papier-mâché), from the Tlatenchi, Jojutla community.

Pedro Netzahualcoyotl:an artist and Nahua weaver from the center of Mexico (Nahua is a group of Native Americans originally associated with the ancient Aztec people). He and his brother are the fifth generation of weavers in their family.

Nadia Figueroa:a weaver who specializes in experimental, 3-D weaving projects using natural dyes, such as indigo, grana cochinilla, and native flowers, and traditional Mexican weaving. She has been part of ‘Las Tres Marías’ collective in Mexico that has a focus on slow fashion.

Gerardo Figueroa:is a potter who was inspired as a youth by the teaching of architect Luis Arturo Barreiro, a prominent marble sculptor, and went on to study design at the School of Fine Arts.

Hamacalli:Originally from Copalillo, Guerrero, and now living in Morelos, we are a group of artisan women that make handmade hammocks, a tradition in our town for generations.

RCL: Making Traditions in Paper: is a team of two artists: Raziel Pacheco and Víctor Cruz, from Tenextepango, a small town in Ciudad Ayala, Morelos, México, who have been working in cartoneria and papier-mâché for more than 12 years.

Jessica Coria: works with the corn-husk craft medium, after moving to the United States and beginning work with Juan Flores, a Mexican artist. Coria served as an instructor in arts programs at the Walker’s Point Center for the Arts, United Community Center (UCC), Milwaukee Art and Hope, and private schools, and her goal is to open a Cultural Center where the Milwaukee South Side Community can develop their artistic skills.